In the Name of Compassion

What would you say to a panel of judges if you had only 18 minutes to convince them that you had an idea to inspire the world that was worthy of a $100,000 prize? That was exactly the challenge that Karen Armstrong faced and met in 2008, when she stood before the TED (Technology, Entertainment & Design) Prize judges. In so doing, the renowned religious scholar and former Roman Catholic nun became one of three winners that year who joined the likes of Bono (’05) for his ONE Campaign, former President Bill Clinton (’07) for the Bill Clinton Foundation, Dave Eggers (’08) for an exceptional teachers grant in the Bay area, and others. Starting this year the TED Prize, which has helped to combat poverty, take on religious intolerance, improve global health, tackle child obesity, advance education, and inspire art around the world, will be $1 million.

Armstrong, a British bestselling author, believes passionately that if humanity takes seriously what the Golden Rule takes seriously, two worlds – the one within us and the one around us – will become more compassionate. Thus, when she made her bid for the prize she put it this way: “I wish that you would help with the creation, launch and propagation of a Charter for Compassion, crafted by a group of leading inspirational thinkers…and based on the fundamental principles of universal justice and respect.” In the months that followed, the TED organization opened the writing of the Charter for Compassion online so that people world of all faith traditions, nationalities, languages, and backgrounds could contribute ideas. The online writing took place in late Fall 2008 and in February 2009 the words of people worldwide were given to the Council of Conscience, a gathering of high-level religious leaders and thinkers. They then crafted the final document, which was unveiled in 60 secular and religious sites throughout the world.

Today, the Charter for Compassion, no longer a wish but a four paragraph document, has become a growing movement that implores people of all faiths or none whatsoever to take seriously what the Golden Rule takes seriously: Do unto others as you wish others to do unto you. Moreover, like so many ideas over the ages that give heart and meaning to our lives and to others, this one does also. Since its launch, the Charter has inspired people to see the meaning of compassion and the civility it can foster locally and globally with new eyes.

So where do you begin to see compassion anew? Unlike many religious statements of faith and belief, The Charter for Compassion is not a creed. Instead, when you read it online you are invited to join thousands of other people who have already affirmed their commitment to try to live a more compassionate life. What does that mean? To begin it means thinking about compassion and living questions about the ways in which you extend it to others and to yourself, not only publicly but in your head and heart, too. Naturally, that also means being honest about the ways in which you do not – consciously or thoughtfully – extend it.

In closing, I urge you to visit the Charter site and begin to invite others to do the same. Once there you can affirm it and also “Like” it on Facebook. Then intentionally take action. Do something new or differently in the name of compassion. Something you could do more of or something that may be outside of your comfort zone. Maybe you will commit to doing some small compassionate deed every day and note where, why, when and how on your calendar or in your journal. Maybe you will decide to volunteer someplace where you have never ventured before – at a homeless shelter, feeding program, a Habitat for Humanity build, a pet shelter, or your local hospital, hospice or adult reading program. Maybe you will decide to call or reconcile with a friend or relative who has been waiting to hear from you for a long, long time. Maybe you will invite someone to lunch who differs from you politically or religiously and agree to disagree and listen to each other without an agenda. Maybe you will read Armstrong’s book, Twelve Steps to a Compassionate Life and start a book group or discussion about compassion. Maybe you will spend quiet time pondering the ways in which you do not extend compassion to your body, psyche and soul and travel a path to do otherwise. Just maybe….. 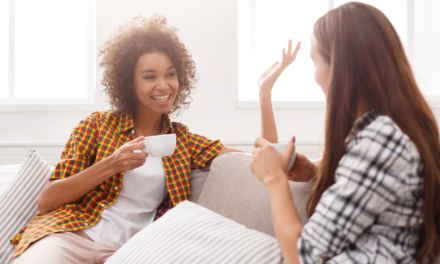