Why Do You Want To be A Leader?

Every woman looks forward to the day that she gets the promotion, wears the new suit and takes a leadership position. She is told for years that when she finally makes this quantum leap – which is a seat at the table – she has arrived. Oddly enough, most positions in Corporate America offer little or no training when it comes to leadership, and can often instead promote people due to political situations. While Human Resources may cringe by the lack of risk prevention, this is common.

Before the ink is even dry on the offer letter, amazingly women don’t stop and ask themselves why they want to be a leader. It’s worth considering personal motivation prior to moving into leadership.

People – male or female – go into leadership for a variety of reasons including:

Frankly, with all the highlights around leadership today, and endless experts trying desperately to define what leadership really is, few contemplate their drivers before entering the role. A quick google search pulled up 100 million results around leadership. Few think about their leadership style or the hard and soft skills demanded to be successful, let alone effective.

Think about your worst boss. What was it about them that made them so unpleasant to work with?

Moving into leadership isn’t right for everyone. In fact, there is nothing wrong with being a solid individual contributor, that puts in high quality work, goes home and repeats performance year after year. In fact, there is something freeing about not taking a lead role. It’s less responsibility. More focus on deliverables. Your deliverables.

Challenge yourself. Ask yourself the hard questions. Why do you really want this job? Look at what is lurking that might be ugly. Don’t run.

If more leaders did this, there might be less people leaving their jobs.

How Eleven Little Words Changed Everything In My Business 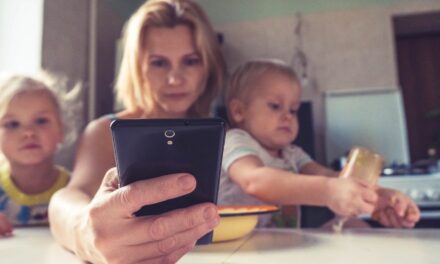