Why Men Don’t Get Interrupted

There is now abundant research showing that women really do get interrupted more and men really do talk more in the workplace. In a previous article I summarized several studies reporting relevant research findings. 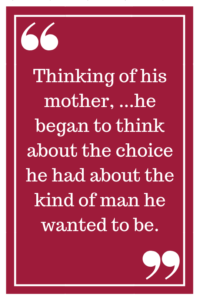 A new, more personal report in the New York Times, written by Thomas Page McBee, a transgender man, provides a unique opportunity to learn from his experience. As McBee transitioned from female to male, and his voice deepened from testosterone treatments, he describes how the dynamics began to change dramatically for him at work.

McBee began his transition to male at the age of 31 and moved to a new city and a new job at about the same time. He explains that his mother, a scientist and executive at General Electric, talked frequently with him and his sister as they were growing up about the challenges she faced as a professional woman. While still living in a female body as an adult, the author notes that his high, sharp voice, “made me invisible. I was frequently interrupted and talked over, especially by men, especially at work. I had to fight harder to make a point… I was sometimes squeezed into silence.”

Soon after he began his transition and began testosterone injections, he was startled to discover that a privilege of his male body and deep voice was that he could, “silence an entire room just by opening my mouth.” Specifically, McBee reports that:

Thinking of his mother, McBee says he began to think about the choice he had about the kind of man he wanted to be. He began by “tallying the evidence” of who he was interrupting (women, by a 3 to 1 margin), whose emails he responded to quickly (men) and whose opinions he was less likely to push back on (men). McBee reports that after asking for feedback, he made the following changes:

McBee closes his article by reflecting on the value of both his old and his new gender cultures, and his goal is to keep the best of both.

How Eleven Little Words Changed Everything In My Business