Courage Through the Pain 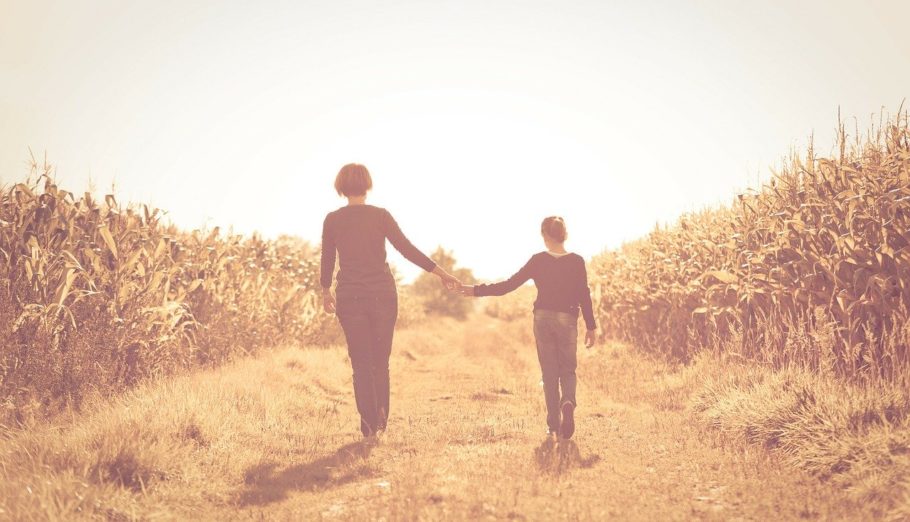 This past Saturday, a pastor friend of mine shared the biblical story of Abigail (Nabal’s wife) with the message that we, as women, must face our fears, because that’s where the miracle lies—that is, that’s where God shows up and steps in. So I shared the story with Haley today while we were out shopping for dorm stuff, teaching her that when we are running away from our fears, we aren’t acting in faith, nor inviting Him to step in. Instead, we are actually trying to control the situation and it’s outcome ourselves. We had a good discussion of how she has faced many fears and how God has met her at the place of her fears and given her peace, victory, and freedom.

My daughter was only a few days old when I noticed patches on her skin that would turn out to be eczema—a hereditary gift I regretfully passed on to her. As she aged, the outbreaks attacked more violently, covering larger patches of skin, leaving dark, purplish areas that cause her to hide more and more of her beautiful body. Eczema stole the life from her skin, and the weight of it began to steal away at her self-concept. My gorgeous little sunshiny girl couldn’t see herself, because when she looked in the mirror, her eyes never moved beyond her skin.

By the time Haley was two, I was divorced from her father, so her skin treatment was an hour-long routine she and I just forged through in the mornings together. Often, it was painful because her skin would open during the night. I taught myself to move through it robotically so I wouldn’t hurt so deeply from her crying and pulling away from me. Every morning, I worked to make sure she smiled and left the house on a happy note. Shots, medications, special soaps, and food-restrictions were regular parts of her life, and she faced all of them with amazing resolve for someone so young.

Haley’s adolescent and teenage years were the hardest, socially. Never finding a girl group she fit in with at school, Haley avoided the lunchroom every day in junior high and ate lunch in the art classroom, working on projects or helping the teacher. If the art room wasn’t available, any teacher’s classroom would do, or the gym, even—anywhere but the cafeteria, where she would find herself sitting with outcasts, loners, and other kids like herself who just didn’t fit in. She confessed later that she hated those years. Art and volleyball were junior high’s two saving graces.

In high school, art and volleyball played important roles in Haley’s life. Both were outlets at which she excelled. Art offered isolation, quiet, reflection, and solitude; she could bury herself for hours in her projects, paying careful attention to all the details, obsessing over perfecting the things that she didn’t like, and starting over until she finished a project to her satisfaction. Art affirmed Haley, as did the blue ribbons, showcases, and trips to Austin to compete. On the other hand, volleyball forced Haley to confront both herself and others. She shone on the court, playing varsity all through high school, but it was a social effort. Volleyball forced Haley to share herself and her successes with others, reflect with the group, work with the team, and constantly help the other girls build their weaknesses and maximize their strengths. In volleyball, Haley grew as a player and leader, and because of her success, volleyball became part of how Haley defined herself and understood who she was as a person.

So it’s not hard to understand how, one night, in a freak accident that stole volleyball from her life, Haley lost herself.

It was during the second game of her senior year volleyball season. Haley had just sailed into the air to smash the ball down between two players. The ball shot toward the ground like fire, and an opposing player yelled and dove flat onto the ground to save it. Most of us were already cheering for the hit, so we didn’t hear the loud popping sound or see the horror rip across Haley’s face when she landed, and the bottom half of her leg shot inward at a jagged angle that isn’t supposed to be possible. What we didn’t miss was the sound of her scream. It tore through the gym as she crumpled to the ground and trembled violently, grasping her leg…

I watched my champion on the ground. It’s weird how some events literally seem to happen in slow motion. For me, Earth jerked to a halt, and then slowly started up again, only to replay the last moment again and again. Then, over the next few weeks, I watched the strongest, bravest girl I knew, silently give up. Her medial and lateral meniscus were shredded and her ACL was completely severed. It took five weeks before the swelling was down enough for surgery. After her surgery, her light grew dimmer and dimmer, and begin falling away into the darkest parts of the night. I literally saw what it looks like when someone gives up hope. My fighter—the one who struggled to be accepted, the one who battled her skin daily, the one whose allergy list was three pages long, single-spaced, the one who still had a hug and kiss every day for her mom, and wanted to take care of stray animals and strangers—my brave, little warrior was giving up her fight. And finally, late one night, when I was in the kitchen, my sweet baby walked up to me and asked for a hug.

Moms, you know how “Mom-senses” just kick in sometimes, right? Well, just at the moment I turned to pull her in close, my Mom-sense said, “Don’t let go.”

So I just held her—right on into that awkward space where you’ve been hugging too long.

(This is almost a whisper…) “I’ve been thinking about killing myself.”

Nothing prepares you to hear that.

My mind freezes for a split second while it separates into different parts. One part starts praying – hard. Another part is still listening. Another part is processing what she said and trying to make sense of what I heard and what I didn’t hear. The last part is listening to God intently for instructions on my next move. I know this has to be one of the hardest things my daughter has ever spoken out loud, and it is hanging in the air by our faces, waiting for my response, waiting ominously for my words to help it grow in power.

My mind is racing in slow-motion. Is that even possible? What does she need to hear? My heart is literally gushing out so much love for the child in my arms that my chest feels warm against hers. I want to will her to feel it. I pull her closer and try to wrap her up with as much of me as I can. I have not uttered a word yet. The room feels dark, heavy. She’s leaning against me, crying hard now, and I’m opening my mouth to speak.

My first words feel more like an exhale than actual words. I hear myself tell her that I’m here, and I love her so much, and she is so brave. I call her Precious (my name for her since infancy) to reminder her who she is to me, and I allow the Holy Spirit to take over my words so we can pray over, for and into her according to God’s heart. Absentmindedly, my hands smooth her hair (she loves that), and sometime later, maybe minutes, maybe an hour, the words are done and it’s just me holding her, stroking her hair, while she cries softly. Mom-sense is still saying “Don’t let go” – so I’m not.

From there, we began a journey of healing. This journey had physical, psychological and spiritual aspects to it. We invited counselors into her journey because we needed the professional help of others. We had experts in her physical recovery for the same reason. At the advice of one counselor, my daughter and I slept in the same room for the next few months until I felt it was safe for her to return upstairs where she would sleep alone. We worked on talking and trust, transparency and honesty, faith and God, her present and her future. These eight were all intertwined.

We are now ten-and-a-half months past the initial accident. Last week, I learned my daughter has been getting on the sand volleyball courts at church with her brothers and their friends for small bits of time. I was very excited for her. The doctor has been telling her the knee was fine, but she has been hesitant to play on it. It took me a month of outings to get her to jog on it with me (I am NOT fast by any means), and a few more weeks before she would take off running on it with her brother.

Tonight was the semi-final round for the summer volleyball league. I had my goddaughter with me on the sidelines, and was watching all three of my kids play. I turned to talk to a family sitting Covid-distance away (translation: at least six feet), and when I looked back a moment later, Haley was on the sand, rocking, crying, and holding her leg. Apparently, she had jumped up to hit the ball, and…

My eyes wouldn’t even process what I was seeing. Haley leaves for college in less than two weeks. She just got healthy again emotionally; she just got her light back; God wouldn’t do this. She can’t be hurt. It hasn’t even been four hours since she admitted something she had never said aloud since the injury last September: “I am afraid I will never play volleyball again.”

It isn’t coincidence I heard the Abigail story two days ago; nor is it coincidence we discussed it just hours before the game. You see, we needed it tonight. Haley needed to know how to take away some of the power of that fear—to face it. She needed to exchange her worry and anxiety for concern, so she could take away some of fear’s power. Today, we do not know the extent of the damage. We will find out over the next few days. Regardless of what they say, or how she initially responds, Haley is still the strongest, most courageous young woman I know.

Now it is my turn to walk toward my own life with that kind of faith and courage. 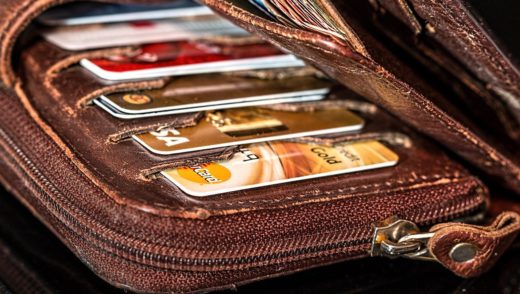 Would You Pay Me to Negotiate For You? Part I. The “Would”, “What if” and “Where’s” of Negotiation 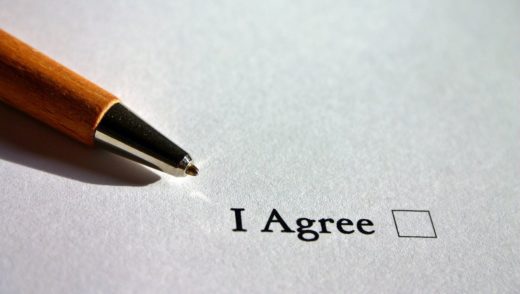 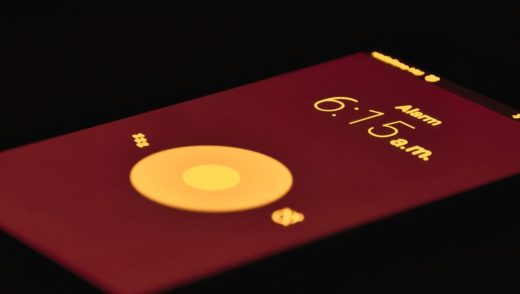 By Terrhonda Hillman | Sep 07, 2020
Advertise with Us Advertisement