My love for running was accidental. I played volleyball in middle school and we were required to run track to stay in shape in the off-season. With my short legs and slow speed, I wouldn’t be winning any events, so naturally my coach put me in distance. “You can do anything for two minutes,” Coach Curry would say. I would repeat those words over and over again whenever I trained or raced. “Just keep going.”

For as long as I can remember, my stepdad would run the three-mile loop around the park in the mornings or after work several times a week. If I was lucky, I’d get to go with him. I still can feel the way the trail felt under my shoes, the way the breeze would dance across my face in the evenings, and the way I felt after running (and walking) three whole miles. At the time it seemed so long. My dad told me he’d give me $20 if I could run the whole three-mile loop in 30 minutes, a 10-minute mile. It wasn’t until I was well into my 20s when I called him after a 5K race and told him I had run sub-10s and it was time to collect.

Running was my escape in college. I spent far too much time with not-so-great boyfriends and the rec on campus had become my sanctuary. “I’ll be home after class and the gym,” I’d tell him, trying to book as much time as possible between school and coming home. Some days I’d go twice just to get away. I’d challenge myself against unsuspecting students to see how fast I could go.

After graduation, I moved to a teeny tiny garage apartment in a different city. I would take my dog on walks and runs through my neighborhood to combat cabin fever. Some evenings we would walk for an hour or more or until the sun disappeared in the west. Sometimes I would run on a track at the middle school about 100 feet from my house. I’d pace my steps to groups like The Crystal Method and Fuck Buttons.

At one point I tried dating another runner. He was much faster than me and more competitive. He’d say things like, “Real runners don’t wear headphones; they are in-tune with their body, not the music.” He’d pass me over and over again. I never dated another runner.

I ran 5Ks, 10Ks, 20Ks, and half marathons; and was training for my third (or fourth) half marathon when I found out I was pregnant. I tried to run, but my son wouldn’t let me.

It was more than a year after my son was born I felt comfortable running again, even though I had tried to run 6 weeks postpartum. Everything felt heavy. Everything was slow. It took longer than I wanted (or imagined) for my body to put itself back together again; and still some pieces still aren’t quite there nearly two years later. One of my girlfriends invited me to run a 5K with her. “Come on,” she said. “It’ll be fun!” I reluctantly agreed and started running again.

(Almost) everything is harder with kids, especially running. Although jogging strollers are absolutely wonderful (we use ours nearly every day and have since Z was about 4 weeks old), they are heavy, let alone your reluctant passenger that may not enjoy it as much as you do. I asked my husband to watch Z so I could run. It was a win-win; mommy got some much-needed time to herself and daddy was able to get some one-on-one time with his mini-me. Oh! How I had missed this! My feet were instantly happy the moment they hit the pavement. This time running was different. I was more patient, more in-tune, more at ease. 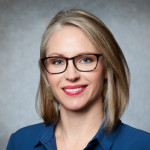 The Myth of Work Life Balance

So, You Got Stung by a Bee

What does being BOLD have to do with it?