When we last left Lewis and Clark, Sacagawea was explaining the wonders of growing good food, no wait wrong adventure…now for the exciting life and times of Dawn and Iver as they construct their first orchard together on the 4K River Ranch.  How hard can it be, Mother Nature does it all the time?

Just to set the stage for this adventure, Dawn (that is me) woke up one chilly December morning and decided no ranch is complete without a fruit orchard.   Never mind we already had 50 pecan trees, 80 acres, and veggies gardens.  Remember the overachiever, I took a course on Permaculture, read The Holistic Orchard, and poured over Womack Nursery catalogue (we’ll meet Mr. Womack later).

To begin our adventure, see pasture land with sandy loam soil depleted of organic matter and minerals.   However, in Dawn’s fantasy world (we go there a lot); three rows of perfectly spaced, brilliant green trees run east-west and sway gently in the breeze.  Now most plans would constitute a fantasy, but we drew one up anyway.

Day 1:  In the trenches.  Using the permaculture technique, we craved trenches using the dirt to build terraces or berms.  Two reasons: first to create a ditch on the uphill side and second, to add more top soil to the tree line.  Now, we won’t go into the tractor that broke with the rental tiller on it or the back-up tractor we had to tow back to its owner after borrowing it.  Oh no, we shall focus on the joys of making this orchard…where were we, oh yeah in the trenches.  Literally…ditches were lined with old hay, wood shredding, and sprayed with liquid fish and neem oil.

This jump started decomposing the organic matter that would eventually feed the tree roots.  On the berms, soft rock phosphate, kelp, sulfur, azomite and diotermacious earth (DE), lava and green sand, and finally molasses, were tilled into the soil.  Remember the minerals, now we just needed compost.  So far so good, except, when putting the wood shreds into the trenches, the end of my pitchfork flew off.  Think it’s a sign?

On to the compost…it was the best of plans.  Hire a belly dump semi on a specific date to spread the 30 yards of compost (remember air and organic matter) over the three rows of terraces.   That way we don’t have to shovel or even get our hands dirty.  Let the machines do the work.  Iver, the John Deer, and a rental tiller would be standing by to till in the compost within minutes of the dump.   Then we roll

the rows and begin the trenching for irrigation.   All as we wave good-bye to the Bubba-driven semi.  Why, by happy hour we are toasting our brilliance watching the Texas sun set.

Day 5:  What really happened.  Belly-dump semi from Bubba Trucking (I kid you not) was four days late, he had to drive through the neighbor’s pasture, because our bridge was too small to cross.  If you have not seen a semi four-wheeling, well it is quite exhilarating (I like that word).   Not to mention a cutting torch to get through the gates (someone forgot the key) and what is 9 yards shy among friends.   And instead of slowing dumping the compost across the three rows as planned, he dumped the entire 30 yards, all 15 tons of compost on 1/2 row.  Aurgh!

Then the rental tiller refused to connect to the John Deer tractor without big hammer help.  That’s when we ignored the warning label of mixing alcohol with heavy machinery operation.  We shoveled the compost until our hands blisters, then, it was back to the rental store…where the forklift bent the fender of our trailer.  The Texas sun had set long ago and at O-dark-thirty, I was rolling the rows with tractor lights blazing, rubbing my hands for warmth and cupping frost bitten ears.

I stagger to the hot tub to thaw out!  As I looked to the stars, I could only reflect on the words of a great forester, The Lorax, who said, “Unless someone like you cares a whole awful lot, nothing is going to get better.  It’s not.”

Day 7:  Measure Twice.   As the sun gently sets on the orchard project we hear Iver yelling at me to draw an arc.  “Why does he want an Ark drawn?” I ponder, holding the measuring tape on the ground with one hand and a marker flag with the other.  “Does he think they’re building an Ark instead of an orchard?  I wonder if he wants animals drawn entering the Ark?  I would so leave out grasshoppers and fire ants.”

Actually, we are measuring the orchard to square it off.  Do you know that A square plus B square equals C square.  And that the distance of 24’ vertical and 24’ horizontal equals 33.9’ on the angle.  Who says you never use algebra in the real world?  I must have doodled a lot in geometry class because I missed the arc part.  I digress, back to measuring the orchard:  I made the mistake of asking why we couldn’t just measure in an X-formation, like two opposing right angles.  By then the flash lights were going dim, temperatures are hovering around 30 degrees and my husband of 28 years, father of our two children, and my mom’s favorite son-in-law used words I recognized from our very early military pilot training days and they still made my ears blush.

Having survived the math lesson (did we mention Iver was a TCU math major and a military pilot), I gave him wide room as he carried those pointy scissors that cut PVC pipe.  All the irrigation lines were finally laid and set with mushroom bubblers spaced at 24 foot perfectly spaced intervals.  Thank-you Pythagorean Theory! Water pressure was applied and low and behold the irrigation system bubbled like a dream.

Ah, the trees will be so happy or will they? 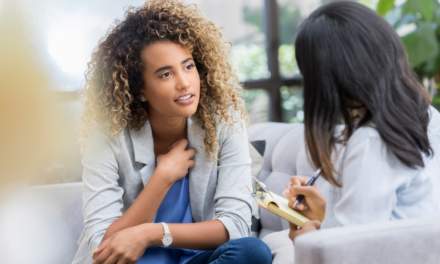 Imperfection and Vulnerability: Our New Goals

From Pain to Peace: A Lesson in Letting Go