Pride Goes Before the Fall

Whereas envy resides in the pit of the stomach, pride is in our head. We feel full of ourselves. Pride puffs itself up, becoming invulnerable so no one can prick our lofty self. Pride not only believes we are the best, but no one can touch us. Nothing can get through to pride. It receives nothing from anyone else, considers nothing from anyone else, and collaborates with no one outside itself. It refuses to let anyone in, since pride believes it has no need for anyone else.

Pride is considered the worst of the Deadly Sins because Pride puts itself up in the place of God. From a spiritual place, we are to have a realistic idea of ourselves, who are vulnerable and in need of God and others, and to have the love of the Spirit to move with us in a dance. But Pride wants nothing to do with anything but itself.

Although we may meet pride at the beginning of our career, which may sometimes masquerade as braggadocio because of our insecurity, most of the time pride envelops us when we start to do well. When we’re at the top of our game, when we’ve become rich and famous and consider ourselves the best there is, we have to watch out for pride. This position is difficult to hang on to, since someone will always come along to challenge it, but Pride makes sure nothing gets through.

For many successful people, pride surrounds itself with the keepers of the gates. It makes sure anyone who tells us anything different than praise won’t be allowed through. It is in desperate need to continue to uphold its own image, so only those who mirror pride’s self-image are allowed in. Their job is to reflect and magnify pride’s beauty and rightness, and to make sure that no other possible interpretation can get through.

Pride keeps us from growing. Since we are not open to any other possibilities, we can only continue to uphold the image of ourselves we set in stone when we received that first glorious praise, or when the first newspaper article was published about us, or when we were first hired for a job and told we were the best and the brightest. Pride believes there is nothing more to learn and there is no one worthy of contributing anything to us.

It is no wonder pride goes before the fall. In any profession, we are asked to continue to grow, change, transform, be innovative, try new things, and keep up with the evolution of our profession. But Pride believes the acclaim has come because of The Greatness that is, not the wisdom and depth that might come. If the prideful one changes, the acclaim will be lost. Pride is stuck, absolutely stuck, and cannot change, even though everything around it might be changing.

In order to uphold its lofty self, pride relies heavily on the ego. It has to diminish others in order to remain on its high perch looking down. And, of course, from this lofty perch, everyone does look small and insignificant.

Pride is both clever and stupid. It knows how to convince others about its own importance. But because it refuses to take everything into consideration when making a decision, or doing a job, its lack of wisdom causes tragic errors.

As we progress in our careers, pride can take us to a lonely place. Pride has no interest in serving. It is not collaborative and eventually falls because there are no relationships to uphold it. We have to preserve our position as the King or Queen of the Mountain and can’t admit there are many other very talented people doing work similar to us. Pride can keep us from being able to trade ideas with others, to discuss problems in our work, to support others and be supported, and to allow our work to evolve. Eventually, we fall.

When I wrote When Women Call the Shots, I interviewed the actress, Jane Wyman, who explained the problem about pride. She said no matter how far up the person is, if they got there through pride and ego, stepping on everyone’s hands on the way up, when they fall, the fall is so long and so hard because there is no one to catch them and support them and uphold them on the way down. When the fall comes, it is complete. Sometimes people even celebrate the person’s defeat, since they no longer have to deal with the tyrant again.

Of course, those who are prideful may have a good run of success for some years. Sometimes people work with those who are prideful, because power often comes with pride. The hanger-on might like working around power. Sometimes people are forced to work with the egocentric boss. But once they fall, no one is there to help pick up the pieces because no one wants to play with them anymore. If no one has to work with them, they don’t.

Pride robs us of all the possibilities of growth. It’s frozen. It’s self-righteous. It is non-transformative. It creates dictators in our world and tyrants in the office. And it keeps us, and our work, from evolving.

Pride may be one of the most prominent sins for many successful people; since the very nature of success brings self-confidence, a sense of achievement, respect and even adulation.

These qualities can be all right. But they can become dangerous when they turn into ego and pride. 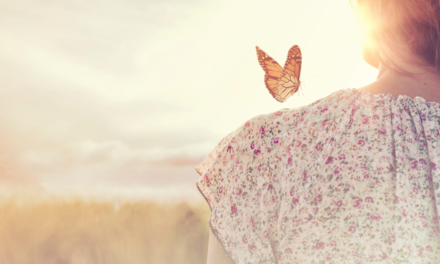 Endurance: The Way to Get There from HERE