“R” is for Respect

Retarded is an adjective, first used in 1895 to describe slow or limited intellectual or emotional development or academic progress. The word retard means to slow the development or progress of (something). It is used as a transitive verb: to slow up especially by preventing or hindering advance or accomplishment: impede. This term began in the 15th Century. If used towards an individual it impedes their development and their progress of self-esteem, self-worth and dignity.

At http://www.r-word.org, they advocate the use of people first language.

On October 5, 2010, U.S. President Barack Obama officially signed bill S. 2781 into federal law. The bill, championed by Sen. Barbara Mikulski (D-Md.) and Sen. Mike Enzi (R-Wy.), garnered unanimous support passing both in the House of Representatives and the Senate. Rosa’s Law, which takes its name and inspiration from 9-year-old Rosa Marcellino, removes the terms “mental retardation” and “mentally retarded” from federal health, education and labor policy and replaces them with people first language, “individual with an intellectual disability” and “intellectual disability.” The signing of Rosa’s Law is a significant milestone in establishing dignity, inclusion and respect for all people with intellectual disabilities.

Rosa’s Law was commemorated in a White House ceremony on October 8th with an eleven-member delegation of Special Olympics athletes, leaders and self-advocates.

As many of you know, my daughter Dawn was diagnosed with Intellectual Disability at the age of 5. Then, she was non-verbal, communicating mostly with gestures, noises and sign language. I knew she understood so much more than what she could be tested on. Then, one afternoon after a long day of running errands she came to me with an anxious look on her face. She tugged at me as I worked on a client contract. I managed to distract her several times but could not detour her. We went through the usual list, drink, food, sleep, etc. nothing worked. Finally, out of frustration, I told her to go to her room until she could find a way to let me know what she needed. Within a minute she returned with her Rugrats blanket. It was blocked into squares with a different Rugrat on each square, Angelica, Tommy, Baby Dill, etc.

I watched, patiently, as she laid out the blanket from each corner until perfectly flat. Then, with a look of pride she stood on one square with her arms outstretched as if to say Tah-Dah! I asked, “Do you need your baby dill?” She nodded with a smile. “Where is he?” She pointed to the garage. She had left her favorite baby in the van. Eureka! My child is brilliant! She found a way to overcome her struggles in order to get what she needed.

A couple of years later some neighborhood child asked Dawn, “My mom says you’re an SSI kid. So, what’s wrong with you?” I wanted to yank the girl up by her arm and take her back to her mother, but I had to allow my daughter to work through this on her own. My heart pounded in my ears until I heard Dawn’s reply. “Nothing, what’s wrong with you?”

We are all different, and that is how Dawn sees herself and everyone she meets. It is the way we should treat each other, with the knowledge and acceptance that we are each different and in our own ways unique and glorious. 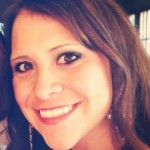 Felicia Cortez has been in the non-profit sector for the last six years. Prior to her non-profit work, Felicia worked as a news reporter covering the crime beat in the Panhandle of Texas. It was there that Felicia reported on a domestic violence shelter, and learned she too had been a victim. Felicia received counseling to deal with the 7 years of abuse she had endured and began sharing her story of survival with others in hopes to bring awareness to this deadly crime. This lead Felicia to her job as a Community Education and Volunteer Services Advocate for a domestic violence shelter in Lubbock. There she was able to share her story with hundreds of teens each year and even produced, directed and starred in her play “Voices of Survivors” which showed a glimpse into the lives of survivors of domestic violence. Felicia is passionate about spreading awareness of domestic violence and feels fortunate to be one of the lucky ones to escape and live freely from abuse. Felicia recently got married to a wonderful man and they make their home in Burleson with their dog, Bella. In her spare time, Felicia is an avid runner and is usually training for a half or full marathon. Felicia can be reached at feeshlaf@hotmail.com. 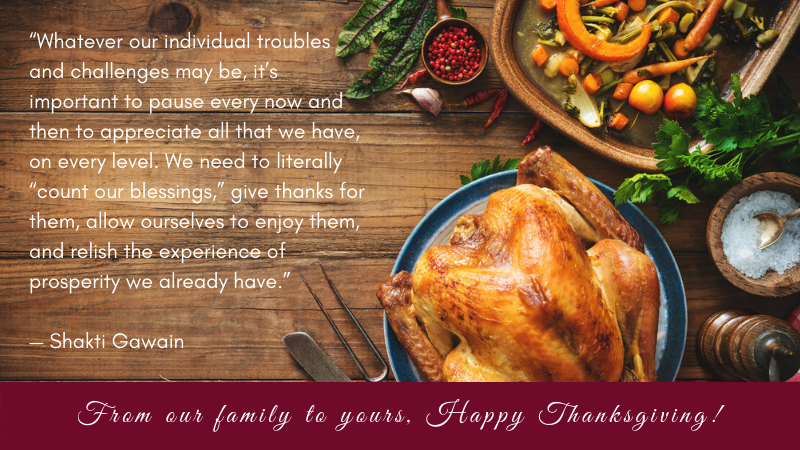 From Our Family to Yours, Happy Thanksgiving!

Education: No Creativity Left Behind