Gifts for the Grieving 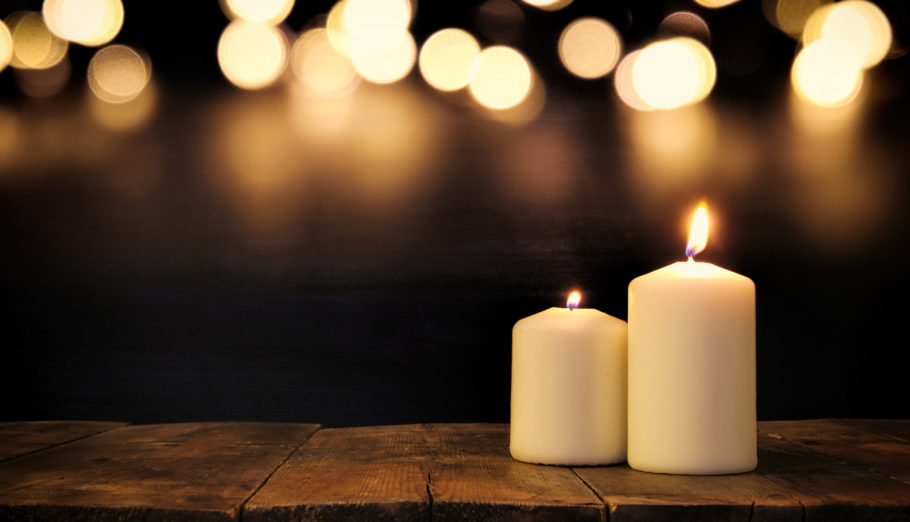 When I was a child, the financial status of our family depended on the particular season of life and availability of work for our father. He was in the military for 20 years, but afterwards he desired to go back to his roots and work the old family farm. Without any updates to that place since the 1940’s, we didn’t have indoor plumbing or running water, which was quite different from living in military housing on a base. But we pulled together to overcome these inconveniences with our father and older brothers drawing the water from the well for drinking and to boil for baths, and the older girls escorting the younger ones to the outhouse when needed. 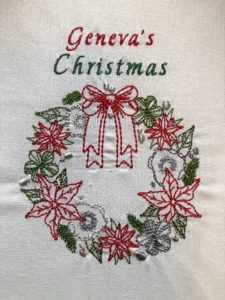 But wherever we lived, when it came to Christmas, there was always the consistency of loving parents and siblings, some fruit and nuts in our stocking, some hard ribbon candy in a dish, and a poinsettia on the kitchen table. In fact, to our mother, Geneva, the pretty red and green of a poinsettia was as much a part of Christmas as the famous pies she would make that special time of the year.

One of my favorite holiday family movies was inspired by a true story, Christmas for a Dollar, for the little family reminds me of the camaraderie we had as children growing up. As mentioned in a previous article, the whole summer when our mother was in the hospital in another state, we worked as a team to care for one another. I was only five, so it was my job to entertain my younger one-year old brother, Earnest, and keep him out of trouble, for I wasn’t big enough to do much else. But the older siblings were all busy bringing in the crop. During a recent gathering, we fondly talked of that time, how I had the opportunity to be a good big sister to that baby brother.

Our parents were blessed with three boys and four girls, and we were seven siblings totally devoted to one another. When our oldest brother, David, got a scholarship for college, we all went along and “helped” move him in. According to our mother, she planned for all of us to finish high school (something that hadn’t been accomplished by anyone is her family) and attend college, so we all accepted that would be the norm. While our next brother, Douglas, was away in the Navy, we enjoyed writing to him and receiving letters and pictures back in the mail, living the adventure through him. The summer I was 13 years old and hit by a car, Teressia (my sister just older than me) waited on me hand and foot as I was recovering. She always served with a smile, playing games with me, and even assisting me with hygiene. It was embarrassing for a teenager to be so needy, but having my sister who was also my best friend and willing to serve made it easier. With or without many of the world’s goods in different situations, our family never noticed much of a difference, for our love kept us strong.

After we children had left home, our parents’ entire neighborhood flooded because heavy rains caused a creek to overcome its banks. Most of the household goods needed to be removed and replaced, but it was the memorabilia that I focused on trying to save. As I cleared away the mud from the family pictures that looked ruined, I found the colored pictures in all their previous glory didn’t have the heartiness of the old black and white photos, most of which were ultimately saved. 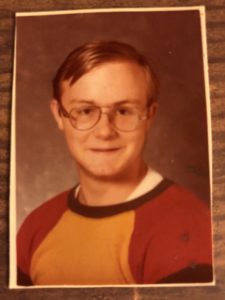 In the last several years, my sweet siblings and I have faced yet another kind of flood, a deluge of genetic-based illnesses that have been plaguing family members. Though our parents have been gone almost three decades, as siblings we had continued to depend on one another all these years, but we recently buried our precious youngest sibling, Earnest, saying goodbye to the last of our three brothers.

In this midst of the sorrow and suffering, this Thanksgiving we finally met for a long overdue family reunion. Sadly, the three brothers and our parents weren’t able to enjoy it, but their memories were honored and we found comfort in gathering and remembering together!

How do you plan to celebrate Christmas? Will there also be some empty chairs at your table because of losses in your family? When a friend’s husband died suddenly several years ago, she was left as a single parent. Though this could have been devastating, her community of support arose in spades. Friends started bringing meals and produce from their garden; others watched her children and allowed the mother a few hours by herself occasionally. One family took the widowed mother and her children on vacation with them the next summer, free of charge. Another family took them on a weekend camping trip. Neighbors hired the older children to work in their gardens or do lawn work, which helped them learn responsibility and skills, plus earn a little extra money. Because of that communal response to this tragic event, unbelievably the grieving widow and her children were able to almost thrive in the midst of the struggle, for they weren’t carrying the burden alone.

But losses don’t always come by physical death. Do you know a mom with precious children who were victims of a divorce this year? Maybe you are one of those women. No matter how amiable the separation or divorce was, even then some wounds take years to heal. Sometimes it is the death of a dream and the support needed simply isn’t there. One newly singled mother sent out a text, requesting assistance from some male friends (who had previously been close to the couple before the divorce). The request was simple, a couple of hours of help with multiple pieces of furniture and packed boxes too heavy to carry down the stairs to prepare for a garage sale. When many men didn’t even respond to the text, one male shared he knew why: Those that didn’t come where trying to decide where their loyalty should be, with the husband who left, or the mother and children left behind preparing for the garage sale. Sadly, they chose to not support the ones reaching out and requesting help.

You see, the male who shared that insight only understood the real problem for he had experienced loss first-hand, when his wife had left him and his friends had been too uncomfortable to be a friend. That particular situation left me wondering who is advocating for the victims of divorce? Rather than being shunned, should they not be cared for as we would for anyone else who is grieving by including them in our own activities, surrounding them with support, and simply spending time listening?

Instead of falling into the media and advertiser trap to buy, buy, and buy this Christmas, could we as professional women all join together and choose to reflect on God’s grace and goodness in our lives and find ways to minister to those who truly need a friend this year in particular? By reviewing our own acquaintances, I’m sure we could all come up with at least one such family who will be having a harder time facing this holiday season because of such losses, whether from death or divorce. While we might regularly participate in Christmas celebrations in our local community, church, or homes, we might not have thought about what a surprise blessing we could be to one special family with just an invitation, helping to fill their hearts with joy in the midst of their pain and grief. Yes, it would take time and maybe some extra money. But just as the color simply washed away from the colorized photos when exposed to the mud and water of the overwhelming flood at my parents’ home, the glitz and glimmer items of this season that we spend so much on are also fleeting. Soon, they will be replaced by the latest and greatest of the next season. Yet, we know that the time, energy, and finances we invest in others lasts forever, continuing to pay dividends for years to come.

Have you ever gathered your family together and read the original Christmas story from the Book of Luke in the Bible to remind yourself of the gift God so boldly gave as described in John 3:16? That is a great place to begin to let go of the pull of commercialism.

A particular YouTube song that blessed me, one who is grieving, described the holiday gathering as “the first time home since Brother passed away”. The artist, Vince Gill, was in the midst of writing his Christmas album when he suddenly lost his brother, and this song came to him, “It Won’t Be the Same This Year”.

No, it won’t be the same this year for those who have lost loved ones to death or divorce or their homes due to flood, fire, or other natural disasters. By now, you’ve realized that the best gifts for those who are grieving aren’t usually material offerings. Instead, the gift of your time or some gentle words in a card, poem or even song might be what will help to ease their burden. 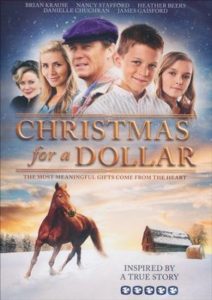 You see, ultimately, Christmas isn’t about physical gifts but giving of yourself. If you haven’t yet watched the movie, Christmas for a Dollar, maybe their giving box will be the impetus to help inspire your family to find ways to bless without focusing on the material. And as I asked our own extended family at Thanksgiving to join in this effort as well, may we each find it without our hearts to do deeds of kindness for those in need this Christmas. For as the movie’s subtitle reminds us, “The Most Meaningful Gifts Come From The Heart”. 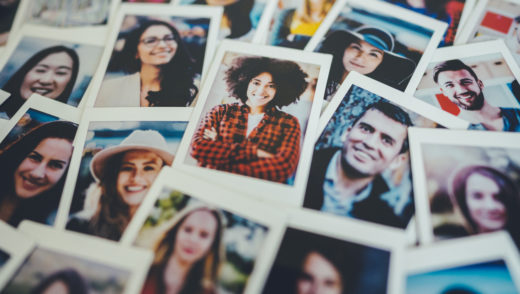 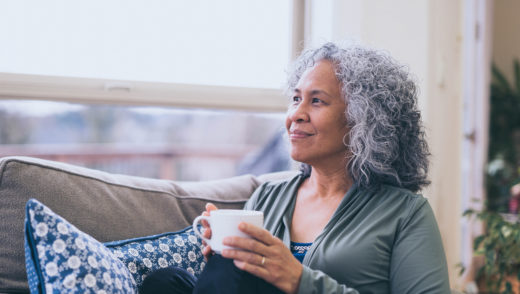 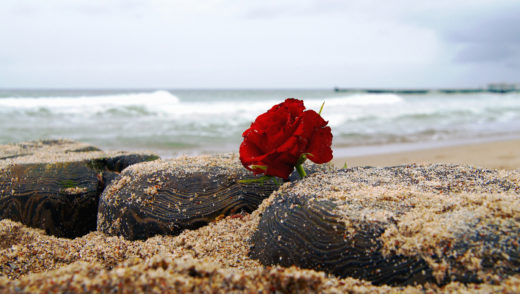 By Deb Kreimborg | Jan 15, 2020
Advertise with Us Advertisement