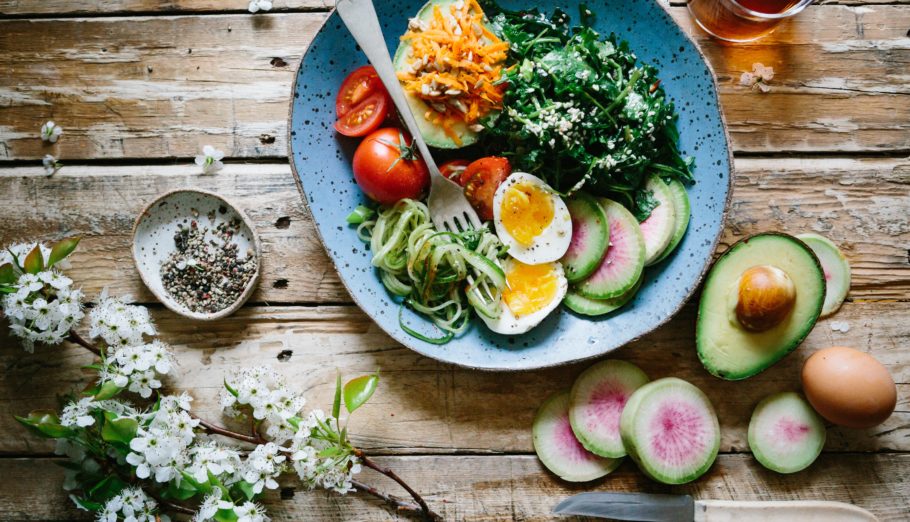 Seven years ago, a medical doctor and researcher joined forces to present the evidence to uncover the low-fat myth and wrote, The Art and Science of Low Carbohydrate Living. A few years later, Time Magazine shocked everyone with a cover proclaiming, “Eat Butter,” as they admitted that 20 years earlier their previous cover with the sad face of bacon and eggs on a plate probably had started the low-fat diet revolution. What is low carbohydrate living? Is the Keto Diet just another passing fad, or is there research behind this stance?

According to PubMed, the US National Institutes of Health, “The ketogenic diet (KD) was introduced by modern physicians as a treatment for epilepsy in the 1920s,” so what appears to be the latest craze is actually based on a medical treatment from a century ago. Then twenty-five years ago, a two-year old patient was having multiple seizures per day and his physician put him on a Keto Diet to treat his condition. Within a month, he was seizure free and off medications. His father was so grateful that he started a non-profit, The Charlie Foundation, and a resurgence of this epileptic treatment was seen. But the purpose of this article isn’t to educate you on the specifics of this eating plan, but to direct you to some great sources as a health care consumer. 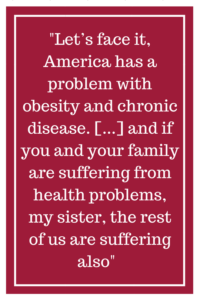 First, documentaries are a great way to consume heavy topics in bite-sized pieces and uncover any actionable plan that might apply. Last month here at PLAID, we spoke about different types of hacks; ways to improve whatever situation you are facing by concerted effort, usually over a short period of time. So, the questions are, “Can you hack your own diet?” “If so, how?” and “Why would you want to?”

One documentary might give you a clue. Cereal Killers describes the story of a father and son who were both lean, athletic men, but the father had a heart attack. Concerned about facing the same fate, the younger athlete made a decision to try and hack his genes and thereby avoid the same outcome. He worked with a South African physician to get baseline labs, screenings, and DNA the proceeded to start a ketogenic diet; getting rid of sugar, wheat, and grains. He was determined to find the underlying culprit behind his increased risk for heart disease and a way to address it.

The next documentary, Carb Loaded, was likewise created out of distress. This time, it was another healthy looking young adult male who began to face health challenges and learned he had a condition called TOFI (thin-outside-fat-inside). Since hidden internal excess fat storage was actually damaging his body, he set out to find a solution to decrease the inflammation and insulin resistance and ultimately created a documentary about what he learned.

What about you? Have you been told that you have weight problems, chronic illnesses, or a family history you are trying to avoid? What have you done to try and address these? Is it working? Have you worked with your physician to find a solution? Let’s face it, America has a problem with obesity and chronic disease. Now, I am not a physician, and it is beyond my scope to prescribe in any way, so none of this information should be construed as medical advice. Yet, I am linked to you in the sisterhood of womanhood and if you and your family are suffering from health problems, my sister, the rest of us are suffering also. Therefore, I would encourage you to choose one of these documentaries about just how disastrous simple carbohydrates can be and why they should be avoided.

Did you also know that two different pediatric endocrinologists at two well respected medical centers around the same time began research on what was causing the dramatic increase in childhood diabetes? Did you know they came to basically the same conclusion?

In his book, Always Hungry, Dr. Ludwig (Boston Children’s Hospital at Harvard) addresses why children are now getting not only diabetes, but metabolic syndrome. Refusing to believe that children are gluttons that simply can’t control their eating, he has uncovered that when so-called “foods” are consumed regularly but those “foods” aren’t actually contributing to the nutritional health of the body, those children (or adults) will be always hungry. For his work, Dr. Ludwig has been dubbed an “obesity warrior” by Time Magazine. 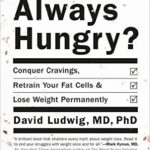 The other pediatric physician, Dr. Lustig (University of California), originally studied the relationship between the brain and hormones. He discovered a connection between the brain and the pancreas back in 1995 when he was working with children with brain tumors. For two decades, he has proclaimed that a calorie is not a calorie, and reported how the American food industry has created products that simply do not adequately feed the human body. His 2009 nutrition talk for a medical school, Sugar, The Bitter Truth, went viral when it hit YouTube. In his 2013 book, Fat Chance, he described how sugar and processed foods lead to inflammation and resultant diseases, but that “real” food actually feeds the body and balances the hormones. 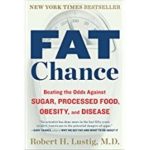 In a continued effort to rescue children from the epidemic of obesity, Dr. Lustig pursued a law degree, created an “evidence-based website, scientific information about sugar and its impact on health”, and started a non-profit looking for ways to stop the marketing of these types of self-perpetuating 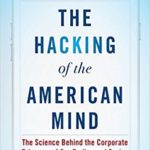 foods to children. Last year he also wrote another book, describing how Americans are being hacked negatively by food corporations whose interest is in profits, not the nutrition of our children. Then, in his latest documentary, Sweet Revenge: Turning the Tables on Processed Foods, he brings it all together with parents in the audience and a chef teaching how to implement these changes with families.

Both of these pediatric endocrinologists are calling on Americans to understand that fat is not the villain that it was made out to be when the low-fat craze began 40 years ago. In fact, the sugar which replaced the fats in all of the low-fat products started the snowball rolling and caused increased insulin-resistance throughout America to the point that children are now facing chronic adult diseases. 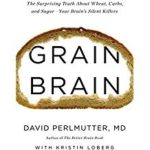 Another one of my physician heroes is Dr. David Perlmutter, MD, a neurologist whose book, Grain Brain, described Alzheimer’s as Diabetes Type 3 (2013). In his research, he uncovered that the same insulin resistance in the body cells that leads to Diabetes Type 2, was replayed in the brain. Dr. Perlmutter also personally went through Alzheimer’s with his father last year, which gave him a new passion to try and stop this dreaded disease and has since published more about this topic and has a podcast, The Empowered Neurologist.

Dr. Dale Bredesen, MD, a researcher and faculty member at UCLA, where the outcome of his studies led him to the conclusion that cognitive decline can be addressed nutritionally with a proper fat-burning diet, but that patients also must implement a battery of lifestyle changes. In their clinic, with these combined changes, they have seen hundreds of Alzheimer’s patients improve! Improve! Their program focuses more on a ketogenic diet, eliminating sugars, breads, and processed foods, to help heal the insulin-resistance that clogged up the brain cells in the first place. 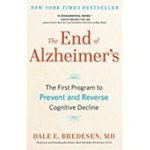 So, you see, according to all of these medical doctors/researchers, refined carbohydrates are not our friend and in fact, could be the disguised enemy that has been promoting disease in America and steadily increasing the obesity rate year by year. So, what are they recommending instead? Fats. Healthy fats as another medical doctor entitled his book, Fat for Fuel.

But could it be that these physicians were simply seeking book sales? First, as a published author, I can assure you that the majority of the money goes to the publisher, not the author. Plus, they are highly successful in their field, so why would they risk their reputation? Possibly because they have stumbled upon something they weren’t even looking for, and often didn’t want to believe, but once they found it, as true scientists, they couldn’t ignore. Could they have found, in their own fields of expertise, evidence that Americans are killing themselves slowly with their favorite pastime, eating sugary foods without realizing that humans can’t thrive on that as fuel?

So that’s the information in a nutshell, but the results will be up to you! Since technology affords you the opportunity to virtually attend a medical conference, won’t you take the time to evaluate if any of this information is applicable to you and seek more insight into how to feed your family in a way that promotes health? Afterwards, prepared with the information, I would encourage you to have an honest chat with your physician about your struggles and what you would like to try to improve your health. And next month, I will share my story of how I wandered into KetoLand!

Photo by Brooke Lark on Unsplash 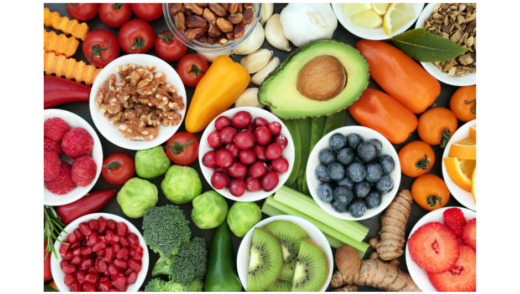 Hoping for Better World Health in 2021! 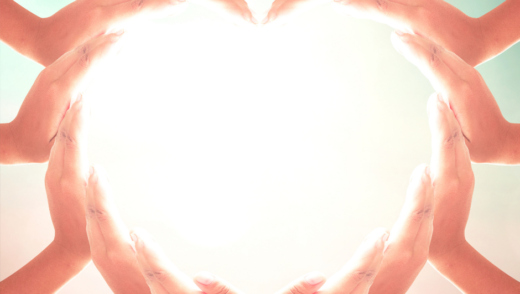 Practice Gratitude to Improve You 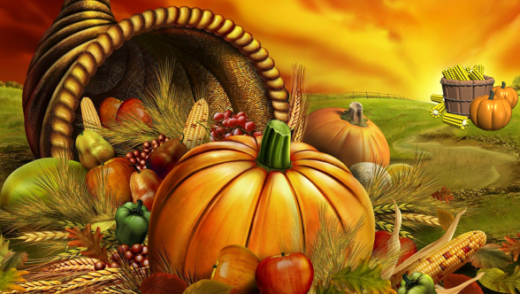