Vaccines During Pregnancy: Should You or Shouldn’t You?

More and more, doctors are telling pregnant women to get certain vaccines. First it was just the flu vaccine. Now I hear they are recommending the Tdap (Tetanus, Diptheria and Petussis) vaccine. In some areas women are being told it is mandatory to take the vaccines and if they refuse, the doctor tells them they will have to find another doctor.

First, there is no mandatory law for pregnant women to get any vaccine while they are pregnant.

Second, according to the drug insert for the influenza and Tdap vaccines, it has never been tested in pregnancy and it states, “…should be given to pregnant women only if clearly needed.” “Safety and effectiveness in children younger than 3 years of age have not been established.” If safety of young children hasn’t been established, giving it to a pregnant woman would certainly concern me as it is like giving the vaccine to the fetus, who is certainly under 3 years of age.

The flu vaccine contains Thimerosal, a mercury derivative, which is toxic to the brain and is associated with brain damage and developmental delays in babies whose mothers were exposed to mercury during pregnancy. (National Vaccine Information Center) Other side effects listed for the flu vaccine are Guillain-Barre’ Syndrome, a potentially life-threatening reaction, headaches, fatigue, muscle aches, fever, cough, chills, chest tightness and facial swelling. The flu vaccine also contains formaldehyde, which is classified as a carcinogenic substance by the FDA.

There are no well designed controlled studies comparing the health outcomes of women who get influenza and pertussis vaccines during pregnancy versus those who do not get the vaccines. There are also no health outcome studies of newborns at birth or in the first year of life comparing those whose mother’s received these vaccines or did not receive them.

With so many injuries and deaths associated with the influenza and pertussis vaccines, I find it odd that these are the two vaccines recommended in pregnancy. It is important to educate yourself before using any medication. As I have mentioned in previous articles, the FDA has stated that less than 1% of doctors know the side effects of the drugs they prescribe. Since your doctor may not know the side effects, it just makes sense for you to look them up before allowing something to be injected or sprayed into your body. 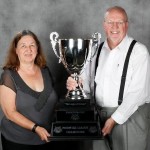 Have Fun This Summer Traveling With A Light Footprint

Why The Wnba Needs To Squash Isiah Thomas Hiring