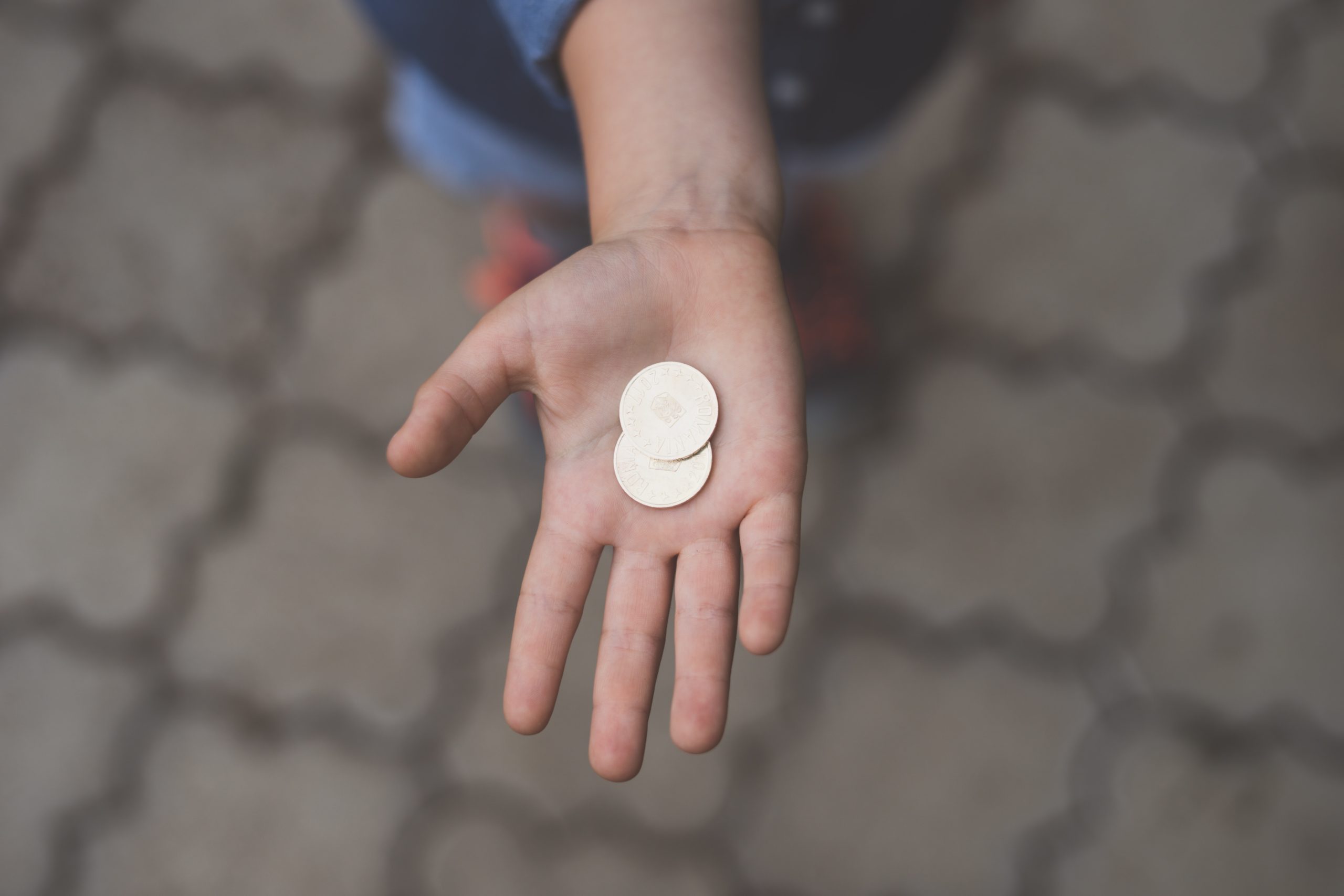 When should you start talking to your kids about money?  Short answer, it is never too early to start talking to your kids about money.  I think most parents feel like these are conversations to put off until a child is older. How could they possibly understand?  Well, studies have shown that children at age three understand basic money concepts. By age seven, many of their money habits are already set.  With that in mind, these conversations need to be started early so that your children are not having to correct bad money habits later in life.  So, what age is that you might ask?

Obviously, children mature at different times, but the short answer is around age two.  Give them a chance to learn to walk and start talking, but once those two are down, it’s time to talk money.  Now, I’m not suggesting that you start explaining mortgages or credit cards to them, but it is time to start the conversation.  Let’s start small and talk some change.

I will tell you quickly about my first money lesson that happened at age two.  We had gone to my grandparents for Christmas, and all of my aunts, uncles, and cousins were there.  I was the youngest and often had to find ways to get noticed.  That year, I started giving kisses away for a penny.  I was only two, so it was cute.  I had made my way around the room a few times, and now I was back to my Uncle CJ, who had run out of pennies.  Not wanting to miss out on a kiss from his favorite niece (in my mind anyway), he offered me a dime.  Well, to my two-year-old brain, a dime had to be worth less than a penny, it was smaller.  He tried long and hard to convince me that is was worth ten of those pennies I was asking for, but I was not buying it.  It didn’t help that my dad was pipping in and telling me to not let him take advantage of me.  Unfortunately, I listened to my dad and didn’t accept the dime.  I did end up taking a nickel for my kiss, which was certainly better than the penny, but I did lose out on five cents, not knowing my coins yet.  It was a lesson learned, and I did let my dad have it later once I realized I had lost out on extra money.

Coin games are a great way to help kids learn to count while starting to teach some simple mathematical concepts like addition and subtraction, and to top it off, money.  WARNING:  Be sure to watch your kids closely so that they don’t put them in their mouths and possibly choke on them.  If you are concerned, you can always make your own money out of cardboard or paper and just write the values on there.  Just be sure to match up the size as close as possible to the actual coins.  Check out these two websites for some fun coin game ideas that can be adapted for almost any age:

Whether we like it or not, money is a big part of our lives.  We buy clothes, transportation, food and keep a roof over our heads with it.  It is essential to life and, therefore, must be learned.  Starting these lessons early and keeping them going throughout childhood is one of the best gifts you can give your child.  Give them the running headstart that they deserve, one you probably didn’t have yourself.  Believe me, they will thank you later.

Photo by Jordan Rowland on Unsplash

What Did You Want To Be When You Grew Up?

The Blackberry Harvest and Political Decisions