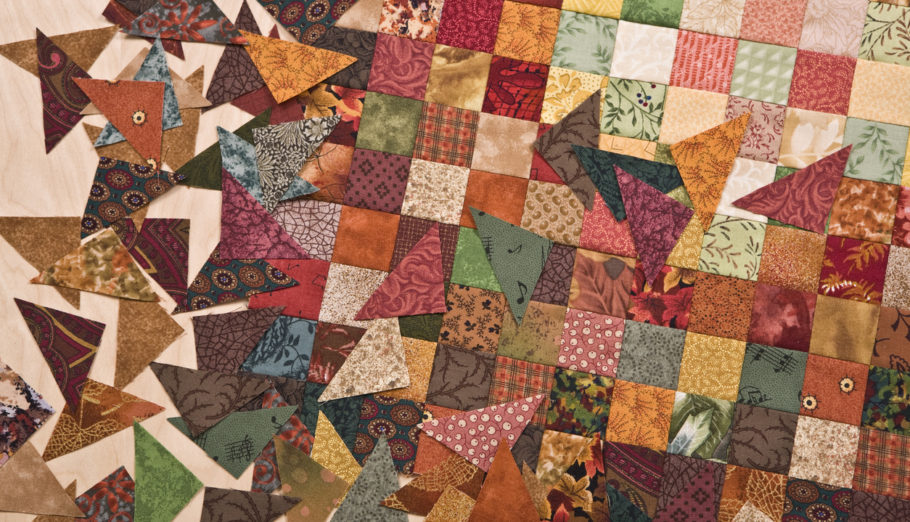 To someone inexperienced with candles, they might have heard about the amazing light such could produce and maybe even have held an unlit candle in their hand, but they still wouldn’t have known the true characteristics and power that could be experienced when a candle was combined with a spark of fire.

Do you feel like sometimes you are wondering around in the darkness and need light in your life? America’s beloved author, Max Lucado, wrote a novel called the Christmas Candle. The story hovered around a township in the 1890’s who had come to believe more in candles, and especially their cherished Christmas Candle, than in God. Because of that belief, whatever challenge they were facing, they would put their hope in some upcoming miracle from that special candle instead of seeing the provisions that had already been made for their circumstance.

Other movies, on the other hand, have introduced us to characters that chose to thrive in the midst of challenges.  Pollyanna was a young orphan who, even after the loss of her parents, chose to believe in the brighter side of life, always looking for something good in the midst of any circumstance. When she went to live with her aunt, she even took it upon herself to spread her contagious attitude of possibilities with those new friends downtrodden around her.

The character Pollyanna seemed to have based her life on three particular values; a positive outlook, encouragement of others, and loyalty. When watching that tribute to a gentler time gone by, it touched and challenged me to choose the higher road, to seek to be a blessing to others instead of focusing on my own challenges.

The next day, I took two of our grandsons to a Wild West festival and met a current day heroine with some of the same passions. When Diane Rose shared her testimony of how God had worked in her life, I again was humbled and it put my problems into their proper perspective.

Born with glaucoma with both eyes, Diane did have light perception and could see color and the outlines of objects with her left eye for many years. But when her cornea ruptured in 1984, she totally lost all sight. Thankfully, Diane had the insight to know that if she didn’t trust God in the midst of it all, she could surely become bitter. So she chose to draw closer to God and His Word. She knew that while there was a time to grieve, it would also not be healthy to stay in grief too long.

At first, she hoped for a miracle, like the people in the community in Max Lucado’s story and at various events, people had prayed over her for healing. But at one particular meeting, she remained in her seat and did not request prayer. When church was over, the speaker, Kenneth Hagin, approached her and said “God would like me to pray for you!” Diane later reported that she immediately thought to herself, “Not again. I’ve been in so many prayer lines, I can’t do this again.” But before she could say a word, as if Mr. Hagan knew what she was thinking, he continued. “No, I don’t want to pray for your physical eyes, but for the Lord to open your spiritual eyes. The Lord has a gift for you that will bless you with a talent that is colorful. You will not be aware of it now, but when it comes about, you will know. This talent will open doors beyond your expectation: You will stand before presidents and kings and queens and dignitaries. This talent will carry you, and you will be known around the world. For God said, ‘I will provide the provisions for you and promote you, Diane. In the future, you will help others with disabilities. You will be an inspiration to millions and change people’s lives. You will teach others how to do this talent.”

Diane reported later that she wasn’t sure what to think of that prophecy spoken over her, for as she said, “Sometimes when you are in a difficult situation and have been prayed over so much, you don’t have the faith to believe that anything good could come. But I have come to realize that when things are not happening as fast as we want, it may be because God is opening another path to the destination He has for us”.

In 1998, Diane was having a particularly discouraging day. So, she cried out to God and lifted both hands into the air and said, “God, where is my talent? You said I have talents”. God answered that prayer with a warmth from her fingertips to her elbows with oil flowing down. She replied, “In my hands, Lord?” 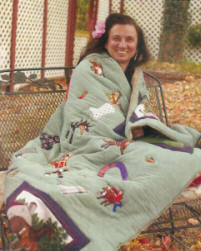 The next day, while visiting at a friend’s house in the country, He would confirm her talent as her friend taught her to quilt. Within a couple of months, she had created a baby and a king quilt, and won both first and second prize at the country fair. Since that time, quilting both by hand and machine, all without her sight, Diane has created 1,040 quilts. For every hundredth quilt, she creates a special theme and also makes custom quilts as well.

For the last couple of years, Diane, true to what was prophesied over her, has taken the next challenging step in this journey, raising money to build a home where she can teach others with disabilities how to do such crafts and empower them with confidence. Already having the land paid for and an architect drawing up the plans, she is just waiting for the rest of the finances to come in. Diane proclaims, “God has promised that this would be a debt-free house and at this point, if only 3,000 people gave $100 each, this house would be paid for”. But Diane also knows that many people couldn’t give that much, so she added, “Even small amounts donated would be helpful, for I believe when you put God first, He will take care of the rest!” 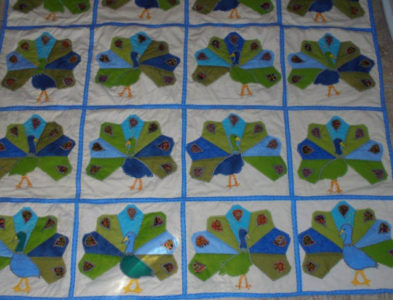 Want to join Diane in this worthy endeavor, to take the talents with which God has blessed her (as displayed in this appliquéd blocks of peacocks above) and teach them to others? For the $100 donors, each of your names would be included on the plaque in the front hall of this new home. Diane believes her mission is to serve others with this house and says, “It is my prayer that I am used of God for His glory, and not of my own”.

There is so much more to know about Diane on her website where you can view and purchase quilts to help this ministry. She also accepts materials and sewing notion donations. You can also watch her interview by the Texas Country Reporter where Diane described her disability as an inconvenience and shared her secrets to living each day to the fullest. Inspiring, humorous, and outgoing, Diane also serves as a motivational speaker, teacher, and evangelist. She really is a remarkable woman. To book her for any events, please contact her directly at 254-799-7990 or connect with her on Facebook. 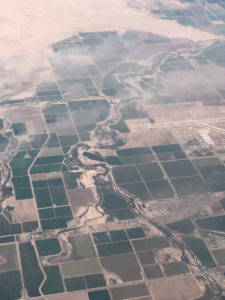 At a devastating point in my life, as I viewed the landscape out the window of an airplane, I discovered a pattern on the ground below. Yes, humans had something to do with the pattern, as farmers fenced off sections with different crops, but I realized how much it looked like a patchwork quilt. In our great-grandmother’s days, she would have taken the scraps and bits of fabric they had, sometimes cutting up old clothing that no longer fit, and laid them out to ultimately create a masterpiece, something unique for their family that would provide warmth and beauty at the same time. But it took dedication, ingenuity, determination, and lots of hard work on your grandmother’s part! Since generations past couldn’t have seen this view from the air, could it be that each of us simply have internal patterns as a part of who we are?

As Diane humorously says, “There is a purpose for my life, not a porpoise”! So whatever you are facing, instead of looking to a magical candle,  some man-made object, or even a person to bring you happiness and worth, I hope each of you will look to find the internal patterns of your life, the strengths and talents and provisions you already have and look for ways to piece them together into a beautiful patchwork. Excavate the determination and diligence to bring that splendor to the surface. What if all you can find is broken pieces of your life? Your grandmothers probably also faced great hardship, but they knew how to take even tattered pieces of cloth and create what is commonly called a ragged or flannel quilt.

When it seems to be the darkest, what often ministers the most is to find a way to shine a light for others, so maybe in your challenges, you could consider being a part of this ministry and building this house with Diane that will serve others for years to come. As a reflection on her life, Diane states one particular Scripture that has helped her through the rough patches and hopefully will encourage you also: “Now faith is the substance of things hoped for and the evidence of things unseen” (Hebrews 11:1). 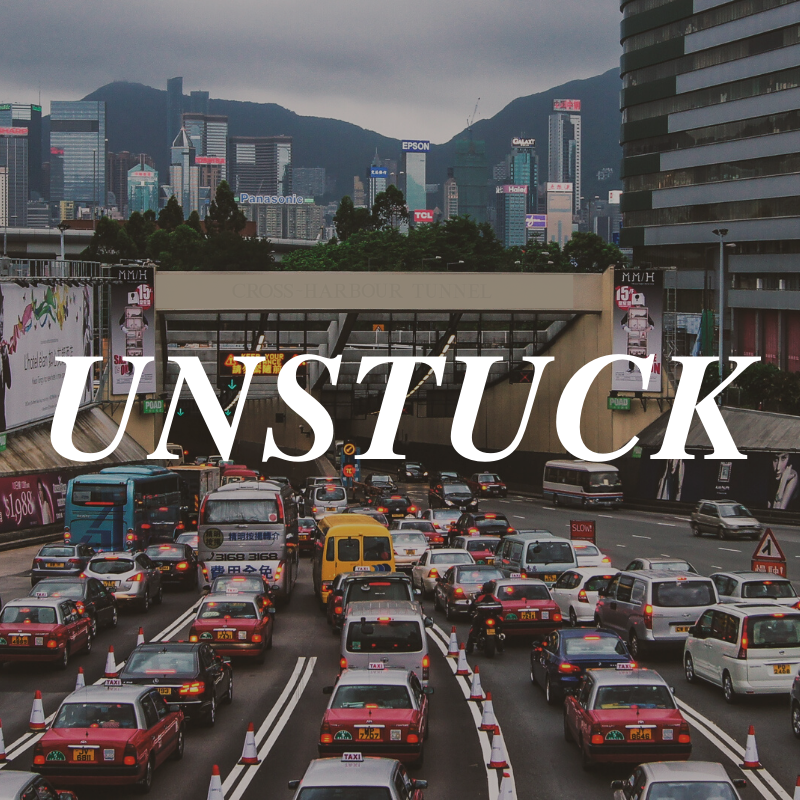 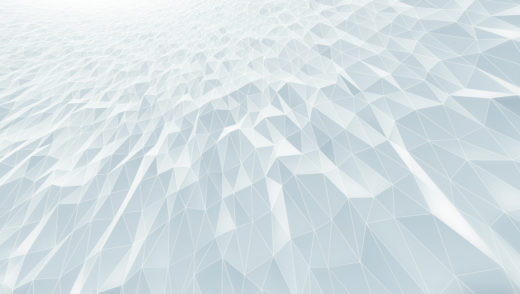 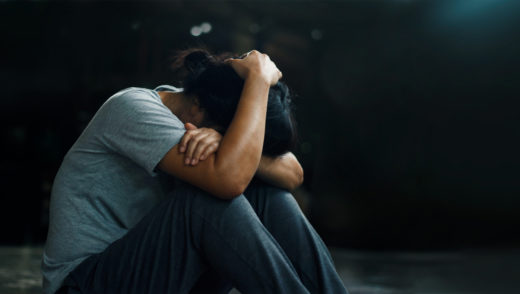 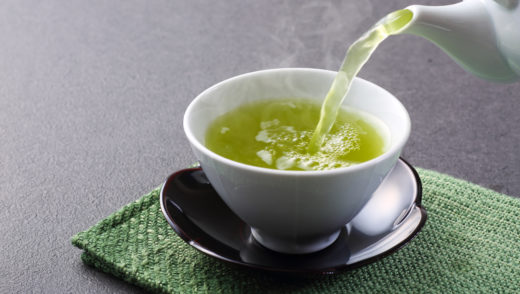 By Bridget Swinney, MS RD | Feb 12, 2020
Advertise with Us Advertisement