I experience dis-ease as I participate in the world around me! A world that has become obsessed with—or should I say, addicted to–texting, tweeting, twittering, Facebooking, and computer gaming. People of all walks of life and of all ages are incessantly on their cellphones in restaurants, at airports, at the movies, in their cars, at family gatherings, in school, while walking down the street or watching TV—the list is endless.

We now live in a world where techno-devices have become techno-lifelines.

A world where everyone is plugged-in not only to their cellphones but to other digital devices that offer instant connection and constant contact. Face-to-face contact is not required, and no real human interaction occurs. The press of a button can delete or disconnect whoever is on the other end. The character of “human relationships” has decidedly changed; digital interactions are impersonal, inorganic, and one-dimensional with no chance of interpreting body language or tone of voice for accuracy in communication.

Admittedly, cellphones are amazing because of their convenience and the connection they provide. And, using a computer is a Godsend in so many ways. However, a major concern of mine as a retired teacher is the possible harmful effects such technology may be having on the youth of our country and on our education system. Researchers are looking into these effects but, for the moment, the jury is still out. They are still gathering data.

A growing number of educators and parents are also beginning to worry.

I substitute teach at a number of high schools in several districts in my town, and I am astounded by the phenomenal number of students who have cellphones which they are constantly using, whether in or out of the classroom. Students text other students during class time, They play games instead of doing their work. They watch YouTube and listen to music. They even text their parents to tell them to pick them up lunch from McDonald’s and deliver it to school. I even caught several students who rendezvoused in the restroom so that one of them could get answers to a test that she was taking from the other student who had taken the test earlier that day!

Teachers I have spoken to are frustrated with students’ preoccupation with their phones.

They feel that they have little control over the situation. One teacher wrote about his frustrations in Education Week, a national magazine. He claimed that he has no doubts that students’ preoccupation with their cellphones affects their abilities to focus and work in the classroom because their minds aren’t really there. Students I have spoken to admit that they would be lost without their phones. They want them with them every minute of the day. A friend of mine who is a child psychologist told me that she is getting more and more adolescent clients who exhibit signs of being addicted to their cellphones.

In his book “The Dumbest Generation: How the Digital Age Stupefies Young Americans and Jeopardizes Our Future“, author Mark Bauerlein explores how the digital age is stupefying American youth and jeopardizing our future as a nation. He observes that the new habitus of the Digital Age is of youth undergoing an intense awareness of one another, with their social lives ruling them. They don’t want to be “left behind” by their peers. So, they have to tune in and turn on via e-mails, text messages, blog postings and comments, phone calls, tweets, feeds, photos, and songs. Many leave their cellphones on all night, set to wake them in case they receive a text message of Facebook posting during the night.

Some psychologists and experts worry whether technology may be changing the nature of kids’ friendships.

They question whether kids are becoming more connected and supportive of their friends or are losing intimacy and the emotional give-and-take derived from regular, extended face-to-face relating. People who study relationships believe that childhood friendships are important for building trusting relationships outside of the family, laying the foundation for healthy adult relationships.

In her book “Distracted: The Erosion of Attention and the Coming Dark Age“, Maggie Jackson queries whether we are redefining “intelligence” and “intimacy and trust,” failing to notice the “deeper, human costs” in our adaptation to a technological world of “twitch-speed, multitasking, and bullet-point” relating. She states that “paying attention” is part of human nature and that similar to our respiratory and circulatory systems. “Paying attention” is part of survival. It is a key to higher forms of thinking, to our morality, and to our overall happiness. She claims that “attention” consists of three networks related to awareness, focus, and planning; and, that the system of attention is directly related to “complex cognitive and emotional operations”. This is especially true for resolving conflicts between different areas of the brain.

It identifies the stages of cognition that individuals need to develop. They need them to be able to comprehend, analyze, apply, synthesize, and evaluate information. Individuals need to be able to apply this process to their personal lives. They also need to be able to apply it to issues within their communities and society at large. We are creating a distracted population whose main desire is to multi-task; to flit from one form of media to the next, without being able to focus on any one thing. What sort of a society are we creating? We live in a complex world with complex problems. We need individuals who can think through issues to form sound judgments. We are educating children who are unable to express complex thoughts, analyze arguments, and synthesize ideas. The future of the United States as a democracy is in jeopardy.

If you would like to read a more in depth, researched, and documented discussion of digital technology’s affects on cognition and learning, you can do so by purchasing a copy of my book “Taking Back Our Classrooms: A Teacher’s Perspective on America’s Dysfunctional Education System” from amazon.com or from my Drama Unmasked store on teacherspayteachers.com

What’s that Buzz? Bees on the move in June 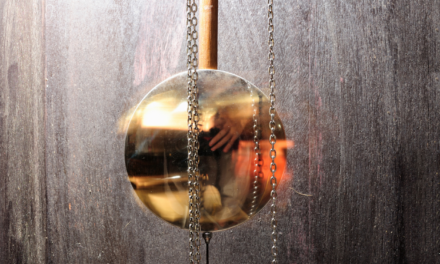 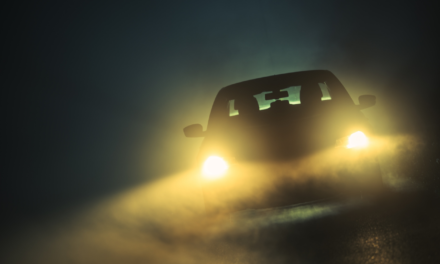 Finding Balance in the Fog