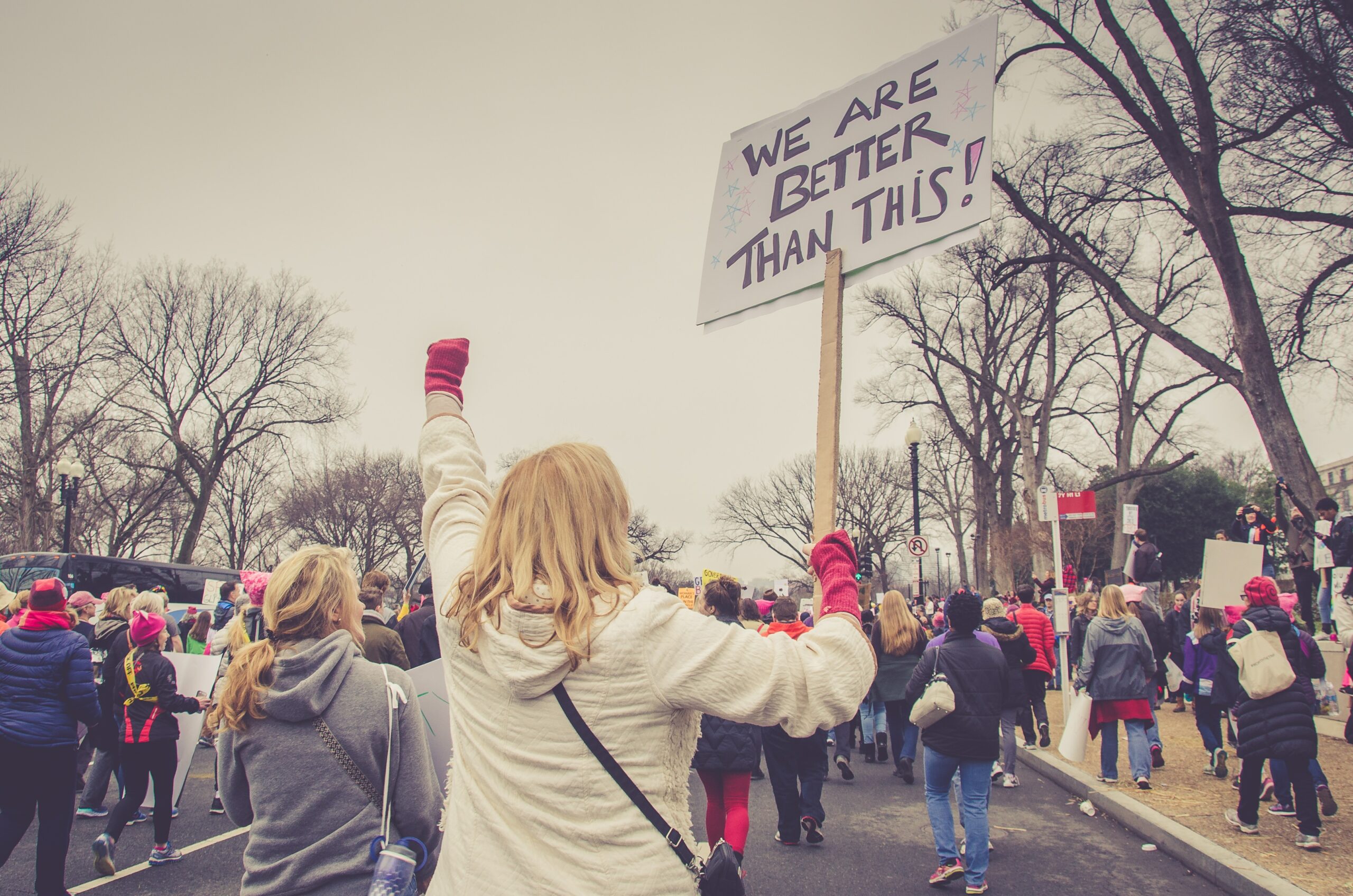 A meaningful life can take many forms. Most of us work to support ourselves and our families, to send children to college, and to care for our elderly parents. This necessity frames our lives with purpose, however satisfying or unsatisfying the work may be.  Beyond that, we may dedicate ourselves to family, to faith, to serving others, to creative work, to expanding our knowledge, or to pushing against natural limits (running marathons or climbing Everest).

When I reached middle age, after crossing the wild seas of parenting, I brought new purpose and meaning to my life by founding a nonprofit organization.  That’s not quite true because it exaggerates my agency in the process. The cause found me, sweeping me up and causing so much distress that I had to do something.  Today, our team is fighting a little-known and under-reported atrocity — female genocide, commonly called “gendercide.”  The work consumes my time, energy, and psychological stamina.

I truly love living with so much purpose, but it doesn’t always translate into being happy, at least not in the way we generally think of happiness.  Coca-Cola ads and beer commercials have conditioned us to think of happiness as a buoyant state – a “high” built on some combination of physical health, beauty, striving, winning, and experiencing.  Advertisers link happiness to all sorts of goods and services.  Happy people are always energized.  Happy people don’t come down.  I can assure you, though, that people dealing with the bad and the ugly in this world don’t feel that way a lot of the time.  We are concerned and preoccupied. We are the kill-joys at the dinner party, redirecting conversations toward the heavy subjects on our minds.  In jest, my son once called me “the atrocity queen!” 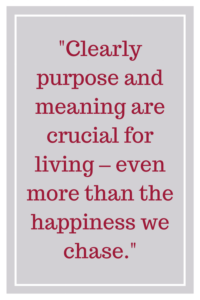 Of course, “Coke is life” happiness is illusory – due, in part, to the fact that we have a limited supply of the neurotransmitters and receptors needed to feel that way. There are other reasons as well. We all know that the law of diminishing returns sets in.  The achievements, purchases, and lifestyle perks that give us such a lift initially fail to do so later.  More fundamentally, this kind of happiness depends on externalia we can’t control, such as recognition from others, or something even more problematic — freedom from worry about job loss, debt, health problems, and old-age income.  Even if you happen to be one of the fortunate few for whom life is worry-free, such happiness cannot be reconciled with a clear-eyed view of the world around you.  You can jack up on a sugar high of self-distraction and rich experiences for a while, but when you pause to survey the landscape, the euphoria stops.

A friend of mine, artist Johannes Boekhoudt, sacrifices a considerable amount of happiness in order to paint with purpose and meaning.  Boekhoudt deals with heavy subjects – homelessness, refugee children, and abuses suffered by women and girls, internalizing his subject for long hours in the studio before he even starts to paint.  In a studio interview, Boekhoudt describes his artistic process this way.

“In here in the studio for two or three months, working and not going anywhere…  I have to connect to and be part of the painting, and doing that, I come into a sort of auto-traumatic depression, so that I can better feel each painting I put on canvas. So, I’m crying… you name it, but that’s the only way I can do what I do. “

Feeling good is what Boekhoudt gives up for a while.  At the end, he produces museum-quality paintings that treat terrible subjects in a sensitive and beautiful way.  His goal, he says, is to unite the people who come to see the painting and maybe change just one person.

Boekhoudt’s process exemplifies the trade-off that living with purpose and meaning may require.  It’s an extreme example, though, because Boekhoudt wants to change hearts and minds. Most people who serve humanity do so in more practical ways. They may not suffer as acutely, but inevitably they experience the setbacks, frustration, and discouragement of the people they serve.

A high sense of purpose comes with a certain cost, but if this looks unappealing, consider how life looks when you have no purpose.  A recent NPR story by Martha Bebinger brought home this point.  Bebinger reports that 25 – 45% of all overdose deaths are probably not accidental deaths at all, but rather deliberate suicides.  Studies show that overdose deaths, whether accidental or intentional, are “deaths of despair.”  Unraveling personal circumstances, frequently triggered by the loss of a good job and the subsequent loss of housing, food, and health care, lead eventually to hopelessness, absence of purpose (no reason to live), and alienation from others  – to the loss of the very things that make life meaningful.

Clearly, purpose and meaning are crucial for living – even more than the happiness we chase.  What’s less obvious, though equally true, is that living with purpose and meaning requires a certain threshold of material security.  Our overdose epidemic screams out the distress of those who’ve lost it, often through no fault of their own.  If this is the case, how cruel and selfish we are not to share more.  As our nation cleaves down the middle economically, with more and more cast into the bottom tier, those with means are retracting the social safety nets.  How can we tolerate the frittering away of so much of humanity?  How can we consider ourselves moral human beings?

I realize that I am extremely privileged to live with purpose, meaning, and human connection.  I’d take it over happiness any day.  What alarms me, though, is the evaporation of purpose and meaning for those clustered at the bottom.  Their situation is easy to ignore because the chasm between the classes is so great that the affluent rarely see the poor.  Must the unseen take their lives for us to notice them?

The overdose epidemic is a silent scream, just like the famous painting by Edvard Munch. These people have lost something fundamental to their humanity, and they can’t live without it. No economic or political ideology can justify this kind of despair. It’s the ideology that is wrong, not the people falling through the cracks.

I believe that the ability to live with purpose and meaning is a fundamental human right. Not only that, it’s essential to our democracy.  If democracy is government of the people, by the people, and for the people, how on earth can a dispirited, defeated, and drug-addled citizenry manage the task?  They can’t, of course, and increasingly, oligarchs step in to fill the void, concentrating power in the hands of a few.

To summarize, living with purpose and meaning is both personally and politically necessary. It presupposes a certain level of economic security.  A tidal wave of economic forces, including globalization and technology, have devastated those at the bottom of our economy, erasing purpose and meaning from their lives.  Specious ideologies of self-reliance and rugged individualism throw the blame and the shame on them, rubbing salt in their wounds.  As a nation, we must address their situation, abandoning ideologies that release us from responsibility for one another. Like it or not, we are inter-connected; we are our brother’s keeper.  This brings me back to purpose and meaning again, but in a bigger way.  We must operate with as much purpose and meaning in our political lives as in our personal lives.  Politically, we’re still chasing happiness.  Instead, let’s strive for the larger common good, preserve democracy for the next generation, and realize our capacity to be a just and compassionate nation.

Photo by Jerry Kiesewetter on Unsplash 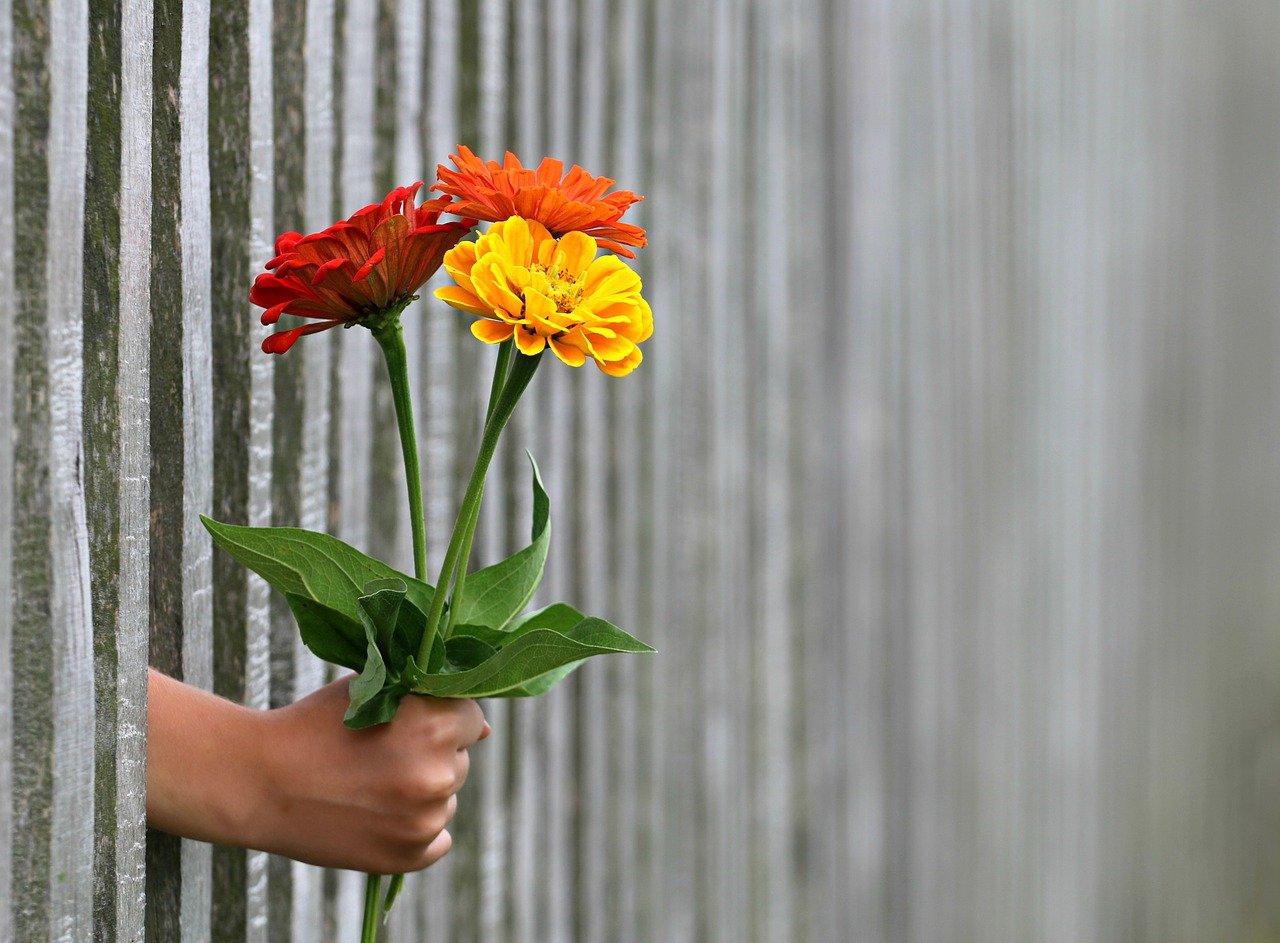 Planting Seeds for the Future

Communication Styles That Kill Your Relationship

When You Look Under the Covers of Luck 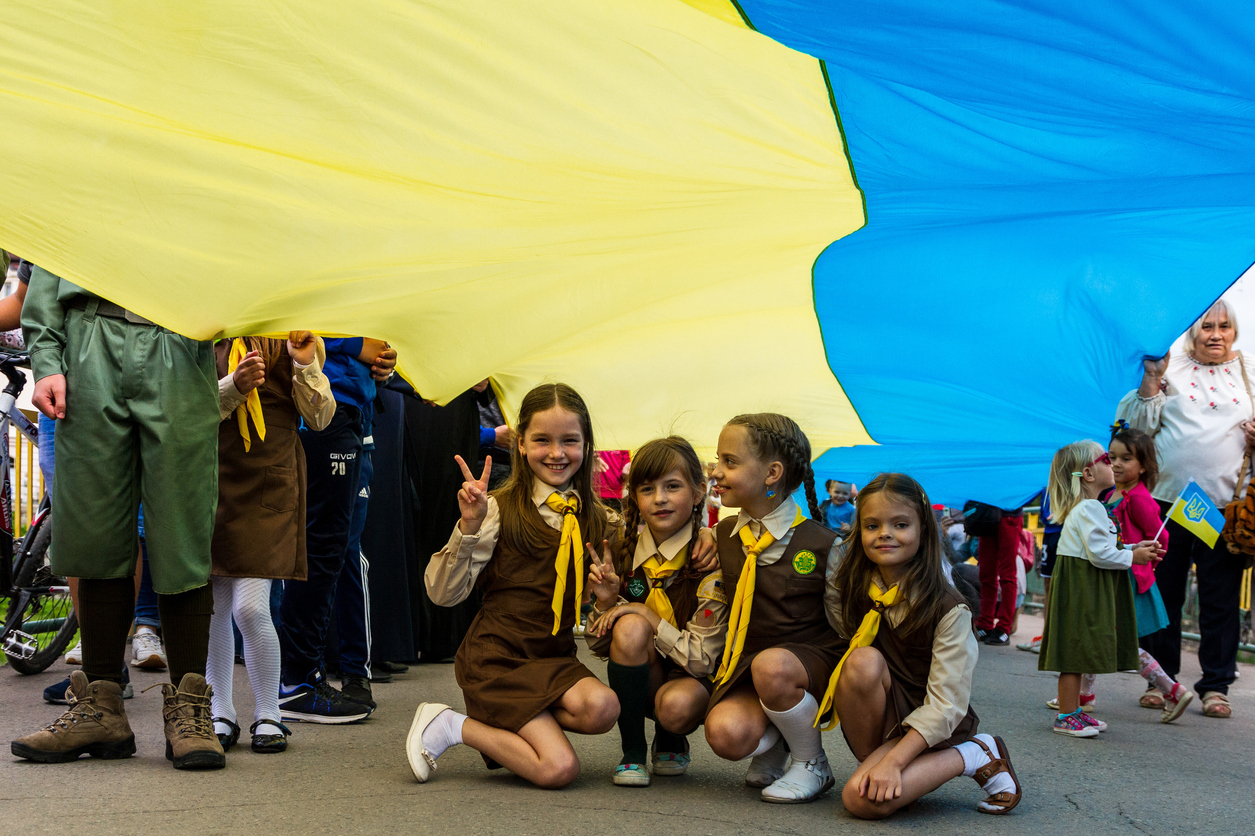 The Scout Motto: BE PREPARED