Every year, several entities compare taxes in each state and rank them from best to worst. Depending on the methods used and what is included; Texas sometimes looks pretty good on the surface, with a lower overall burden than many places. However, there’s more to the story.

WalletHub ranks states by the total state and local burden for households. For 2016, Texas falls at 29, with one being best. WalletHub looked at real estate (property) taxes, vehicle property taxes, income taxes, and sales and excise taxes. The overall burden in Texas by this method was $6,022 per year for a household typical by U.S. standards in terms of housing and income. That’s slightly higher than the national average, and significantly higher than the lowest states.

Many states have income taxes, which Texas, of course, doesn’t have. However, Texas makes up the difference in the area of property taxes, where WalletHub ranked Texas among the highest (47, in fact), with an average cost for a $175,700 home of $3,392. Texas also has higher sales taxes than most, ranking 38 with an average burden of $2,629.

Another ranking is from the Tax Foundation which focuses more on how taxes affect states’ business climates. Here, Texas compares relatively well overall. In this ranking, one is good (lowest tax burden) and 50 is bad (highest tax burden); Texas is 14. Even so, the underlying components of this ranking tell a more uneven story.

The Tax Foundation looks at several categories of taxes: corporate taxes (where Texas ranks 49), individual income taxes (6), sales taxes (37), unemployment insurance taxes (12), and property taxes (37). Texas’ favorable position in certain categories obscures the fact that the Lone Star State is among the worst in others. From a business perspective, the fact that Texas is second-highest in the nation for corporate income tax is strike one, with the high property taxes strike two. Part of the problem with the Texas corporate tax, known as the “franchise” or “margins” tax is the fact that its formula makes it highly possible for firms with little or no profits (or even losses) to have a high tax liability.

Currently, Texas has other advantages that make up for these problems; and it continues to enjoy a substantial volume of quality corporate locations and expansions. Nonetheless, capital-intensive industries shoulder a disproportionate share of the tax burden, and there will almost certainly be consequences over time.

Lower taxes reduce the cost of living as well as the cost of doing business. At the same time, long-term prosperity and quality of life depend on having enough tax revenue to pay for essential services. The entire reason for taxing is to provide for quality schools, infrastructure, public health and safety, and other essential government functions. It is certainly possible for taxes to be too low; putting future growth prospects at risk as education and infrastructure deteriorate.

The real goal should not be to drive taxes down as low as possible, but rather to work to optimize efficiency and fairness, minimizing the consequences for business activity and decision-making. If taxes result in a significant disincentive for businesses to invest, expand, and create jobs, all Texans lose. At the same time, if tax revenues don’t pay for needed investments, standards of living will be eroded in the future.

All in all, there are significant structural problems with the Texas tax system which should be addressed despite not doing too terribly bad in some rankings. Property taxes are a problematic source of revenue, varying with underlying values and sometimes poorly reflecting financial liquidity and the ability to pay. They also fall on capital-intensive industries in a way that could stifle growth over time; while services businesses often pay disproportionately low amounts.

The system has not kept pace with changes in the state economy, and there is clearly room for improvement.

Written by Dr. M. Ray Perryman, president and CEO of The Perryman Group. He also serves as Institute Distinguished Professor of Economic Theory and Method at the International Institute for Advanced Studies.

Are You Acting on Your Vision … Today? 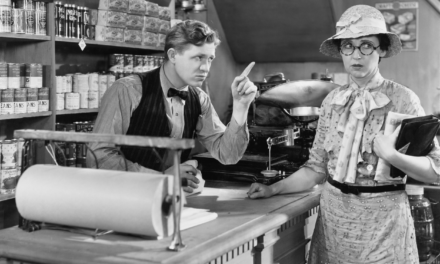 Three Myths We all Believe about Boundaries